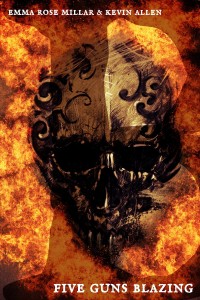 Five Guns Blazing will blast its way into your must-read pile, time and time again.

Every now and again, a manuscript comes across our desk here at JFE that just won’t let us go.

A manuscript that once we start reading, we can’t stop until it’s done.

Five Guns Blazing, by Emma Rose Millar and Kevin Allen, was one of those.

With its historical settings in the 1700s, ranging from the harsh realities of a London workhouse to the dramatic and perilous life of a pirate on the high seas, Five Guns Blazing has the personality of a Moll Flanders, the sensuality of a Tipping The Velvet, and the period realism of a Slammerkin, which are just some of the reasons the book was awarded first place in the Legend category at the Chaucer 2014 Awards, and why it caught the eye of Crooked Cat Publishing.

Hoist sail without delay and get ye to Amazon or to the Crooked Cat website, and get your copy of Five Guns Blazing today, as it launches to the wide world. You’ll not regret it! 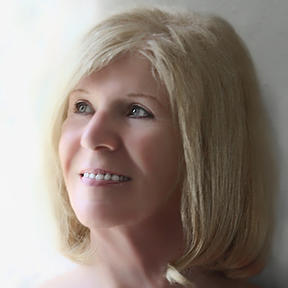 That said, we’ve become friendly with a lot of our authors, especially as over time, certain authors have come back to us time and time again.

To date, there’s only one author whose house we’ve gone to stay at for a week. That would be Patricia ‘PM’ Wilson, a writer with more ideas than a Black Friday sale at The Big Bumper Ideas Store, and more joie de vivre than Tigger on Red Bull. Her first attempt to become a published novelist though, Driven By Secrets, drew on the harrowing true story of a Second World War atrocity in Crete, and the personal stories of some of those who survived it, to weave a compelling family saga of three generations of women.

From the very first time we read it, we knew Driven By Secrets deserved to go far – its combination of gut-wrenching impact and inspiring characters made it that rare thing – a page-turner that stayed with you long after you’d finished it.

During the course of the edit, Patricia invited us out to her home, which was then in Amiras, Crete, the scene of the atrocity on which Driven By Secrets turns. Meeting some of the people of the town, we became even more convinced that Driven By Secrets was a story that deserved a a wide audience.

Now we’re delighted to announce that PM Wilson has been taken on by Tina Betts of the highly-selective Andrew Mann Literary Agency – and while of course representation by an agent is just the first step towards traditional publication, we confidently expect to see PM Wilson’s Driven By Secrets, and her other work, on bookstore shelves in the future.

Find out more about PM Wilson and her work – not to mention her fascinating life – at her website.